Cyprus is the third largest island in the Mediterranean Sea and boasts 330 days of sunshine, pristine crystal clear beaches and a rich history. All this, combined with some of the lowest tax rates in EU make it a popular destination for tourists, investors and retired people from all over the world.
Here are some interesting facts to remember about Cyprus:

A valid passport is required for a stay of up to 90 days for tourists visiting Cyprus. Citizens of the European Union and EEA countries may enter Cyprus with their national identity card. Some non-EU third country nationals require a visa. For more information refer to the Ministry of Foreign Affairs or the Cyprus Embassy in your country of residence.

Cyprus’ main airport is Larnaca International Airport (LCA) located in the outskirts of Larnaka. A second airport is located in Pafos. There are many carriers flying to Cyprus, the main one being the Cypriot Cyprus Airways. British Airways, Lufthansa, Emirates, Thomson, Easyjet and Monarch are some of the carriers with direct flights to Cyprus.

– Cyprus has the most favourable tax system in the EU, for both corporate and individuals. With a cap of 12.5% on corporate tax, applied to both onshore and offshore companies, Cyprus has attracted many offshore companies.
– Cyprus has over 50 double tax treaties with countries such as Russia, UK, USA, Canada, China, UAE, India and the EU member states. This ensures that residents will avoid paying tax in both countries.
– Dividends to shareholders are tax free. There is no withholding tax on royalties and interest paid from Cyprus.
– Foreign pension is taxed at the rate of 5%. An annual exemption of €3.420 is granted (As per PWC, 2013). Due to low taxes, the cost of living in Cyprus is cheaper than most EU member states. The low cost of living, combined with the natural beauty and safety of the island has attracted a vast amount of foreign expats.
– There is no inheritance tax on all property types in Cyprus.
– Cyprus has distinctively low tax rates for individuals. The following income tax rates apply to individuals:

Cyprus is a popular destination for non-EU nationals who want to obtain an EU citizenship and be able to live and move freely within the European Union. To obtain a permanent residency permit in Cyprus, the required minimum investment on property is 300.000 Euros. Read more about obtaining Permanent Residence Permit in Cyprus.

According to a new criteria established by the Council of Ministers, a non-EU investor who invests a minimum of 2.5 million Euros in government bonds, real estate, financial assets of Cypriot entities or acquires or incorporates or invests in Cypriot companies, can apply for the Cypriot Citizenship if his investment is part of a collective investment scheme worth a minimum of 12.5 Million Euros. Read more about obtaining EU Citizenship in Cyprus.

The climate of Cyprus consists of hot dry summers and rainy, mild winters. With almost 330 sunny days a year, daylight length ranges from 9.8 hours in December to 14.5 hours in June. The all year round sunny days allow for long beach holidays, ranging from April till late October.

Greek, English and Russian are widely spoken in the island. Central and local government announcements and various application forms are all provided in English too. Most locals speak fluent English.

Medical treatment is offered free of charge to visitors in cases of emergency at the Accident and Emergency Department of Government Hospitals and Health Institutions. Private clinics are also easily accessed and provide instant assistance too.

Cyprus, known widely as the island of love, is extremely safe and friendly. The very low crime rate has led to a high number of expats settling down in the island.

Cyprus is well known for its pristine beaches, mountains nearby the sea and ancient archaeological sites. The island offers a variety of activities such as snorkelling, diving, hiking, paragliding, cycling and so on. With 330 days of sunshine, it is difficult to stay inside.

Cyprus like most EU countries offers a wide range of telecommunication companies. Internet is widely accessed via phone centres, internet cafes and hotels at various speeds and types.

The Cypriot cuisine is rich in eastern and western flavours that can satisfy even the most demanding costumers. There are many fish taverns in the island and the local markets offer fresh fruits and vegetables. The local olive oil and the haloumi cheese are a must try for every visitor.

The C&E Christoforou Contractors & Developers Ltd is a leading developer and contractor in Limassol. Our primary aim is to provide top quality design and construction and first class service to our customers. Read more... 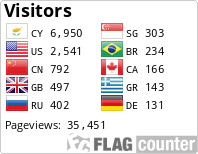